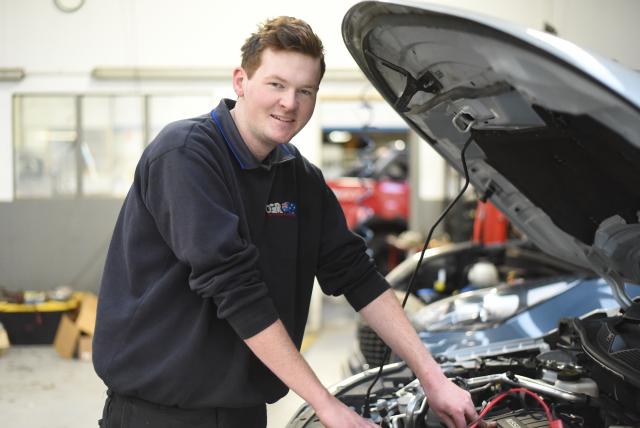 A RANGE of measures resulted in a record number of apprentices registered with Groupe Formation Emploi.

Currently around 350 apprentices are registered with the employment agency with previous highs reaching 250 in 2010.

Employment agency chief executive Greg Megaw said the increase in the number of apprentices available at Mount Gambier was due to the trades being “relatively untouched” by the Covid-19 pandemic by compared to other industries as well as major infrastructure projects around the city.

“We have had projects such as the Wulanda Leisure Centre, Mount Gambier Airport and the development of Tenison Wood College alongside a thriving housing market with additional state and federal funding to learnings, which has helped employees’ cash flow,” Megaw said.

“We’ve always tried to average between 180 and 220 apprentices over the years and have been consistently above 300 since May last year, but current numbers show close to 350.”

Mr Megaw said this was unprecedented for the Limestone Coast and was due to employees using apprentices to alleviate the shortage of trades, which had resulted in a large number of job opportunities over the course of the last year.

“Overall, we’re actually doing a pretty good job of addressing skills shortages as much as we can as we move forward,” Megaw said.

“Having so many apprentices fills in the gaps of where there were tradespeople before there was a shortage and while it probably won’t solve the time it takes to build, it does will provide many people with more opportunities and choices to engage in any business.

Despite the large number of apprentices, Mr Megaw said there was still a “shallow talent pool” to find people to work with due to the multitude of choices and opportunities.

“We always want to make sure we find the right person for the employee’s company and where we had between 10 and 15 people applying for a job, we’ve only had around five in some areas,” said he declared.

“However, it is fantastic that we have an increase in the number of apprentices and it is a good thing for our community who should feel privileged that these opportunities are available.”

He said the availability of these opportunities allowed more young people to stay in the region rather than move to cities.

“Generally, Mount Gambier has always had a stable job market that has never had its ups and downs like other areas, so we are very lucky in that area,” Mr Megaw said.

Soon into his fourth year of apprenticeship, Mr. Perryman said he was glad to have the opportunity to get an apprenticeship with OG Roberts so soon.

“I went through GTE and they helped me because when I met them they gave me a list of jobs that might be right for me and I could just go through them as I pleased,” Mr Perryman said. .

“Having these opportunities at Mount Gambier is great because it helps people like me jumpstart their careers and find a job more easily.”