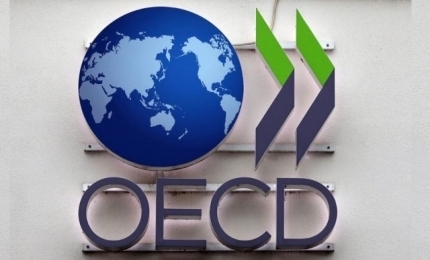 The logo of the Organization for Economic Co-operation and Development, headquartered in Paris (OECD)

South Korea ranks at the bottom of the ranks of members of the Organization for Economic Co-operation and Development (OECD) in terms of employment rates for university graduates, mainly due to a serious mismatch between their specialties and the offers. jobs, according to a report released Thursday.

The employment rate of South Koreans aged 25 to 34 with a university degree stood at 75.2% in 2020, the 31st lowest among 37 comparable OECD member countries, according to the report. Korea Economic Research Institute (KERI).

Only Sweden, Turkey, Greece, Italy, Costa Rica and Colombia had lower rates. There was no comparable figure for Chile.

KERI, the research arm of the Federation of Korean Industries, or family-controlled conglomerate lobby, cited a mismatch between college graduates and job openings.

The mismatch rate for South Korean university graduates stood at 50%, the highest among 22 comparable OECD members.

The fact that job growth for people with higher education has failed to catch up with the increase in the number of university graduates is also responsible.

KERI also said the ratio of university graduates outside the labor force stood at 20.3% last year, the third highest figure among the 37 comparable members of the OECD.

The think tank called on the government to eliminate employment-related regulations and step up efforts to make the country’s labor market more flexible. (Yonhap)