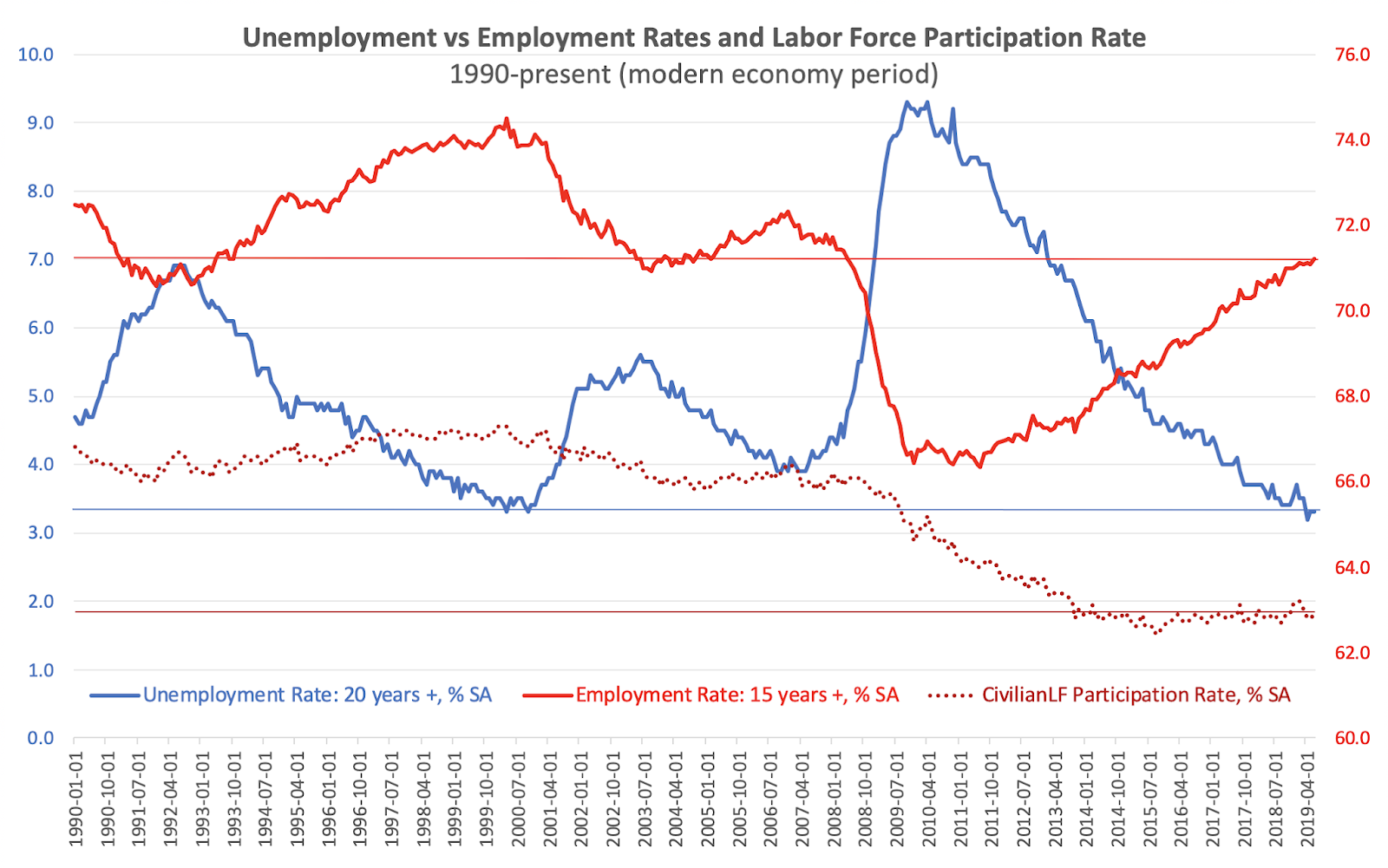 There’s always a lot of excitement around unemployment statistics these days. With near-historic lows and the talk of “full employment,” there’s plenty to celebrate and trade in nonfarm payrolls statistics and Department of Labor press releases. But the problem with all the hype around these numbers is that they too often mix things up that shouldn’t be mixed. Like, say, mangoes and frogs, or apples and moths.

Take a look at the following data:

To see this, look at the solid red line, plotting the employment rate for the population aged 20 and over. The measure currently stands at 71.2% and the average for the last three months is at 71.1%. Neither is historically impressive. In fact, both are below all months (excluding recessions) for 1990-2008. In fact, which is not shown on the graph, we would have to go back to 1987 to see the same levels of employment rates as today. Whoops…

But why is low unemployment not synonymous with high employment? Well, because of a series of factors, the main one being participation in the labor market. It turns out (as also shown in the graph above), that we are close to historical (for the period of the modern economy) low in terms of people wanting to work or looking for a job. In other words, we are at historic highs in terms of disillusionment with the prospect of looking for a job. Damn! The “best unemployment statistics ever” and the worst “willingness to look for a job ever”.

When we estimate the relationship between the employment rate and the two potential factors: the unemployment rate and the activity rate, historically (since the 1970s) and in the period of the modern economy (since 1990) as well as In more current times (since 2000), and since the end of the Great Recession (since 2010), several things stand out:

These points combined mean that you really need to start paying more attention to the actual job creations and employment rate, as well as the participation rate, than the unemployment rate; and this suggestion is more relevant to today’s economy than it has ever been in any other period on record.

Editor’s note: The summary bullet points for this article were chosen by the Seeking Alpha editors.