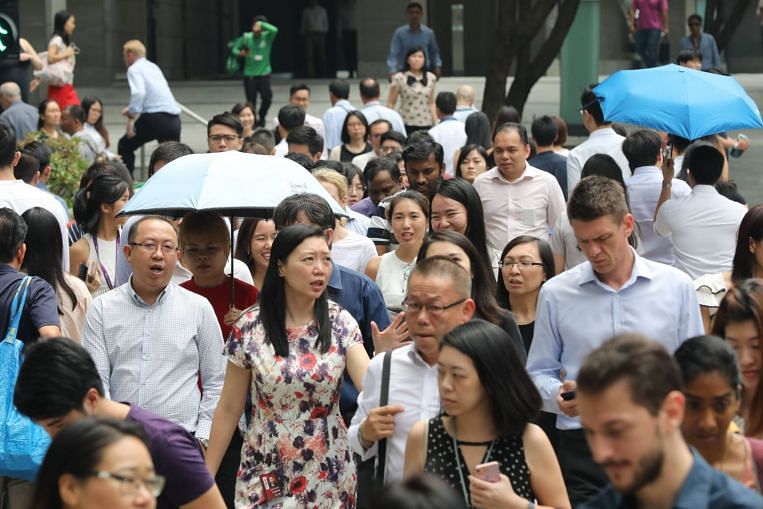 The employment rate of Singaporeans has increased over the past decade, reflecting the trend in the resident population: MOM, Jobs News & Top Stories

SINGAPORE – The employment rate of Singaporean citizens has increased over the past decade, as has the share of Professionals, Managers, Managers and Technicians (PMETs) among working Singaporeans.

As Singapore citizens consistently make up around 85 percent of the resident labor force, their trends closely follow those of resident data, the Department of Manpower (MOM) noted on Thursday (January 23).

These figures were released by MOM in an occasional document on Citizens in the Labor Force with data from June 2009 to June 2019. The ministry noted that employment outcomes for citizens may be slightly lower than those. of the resident population at large, as people generally need to demonstrate good employability in order to obtain permanent residence.

The report says the citizen employment rate rose to 63.6 percent last year, from 60 percent in 2009, driven most regularly by workers aged 65 and over.

In addition, employment rates for working-age citizens – aged 25 to 64 – climbed over the same period to 80.5 percent, from 75.6 percent.

The rate for working-age residents was between zero and 0.3 percentage points higher during the period.

Among employed Singaporeans, the share of PMETs climbed to 55.8 percent last year, from 47.4 percent a decade earlier. For residents, last year’s share was 58.3 percent, down from 51.4 percent.

The question of whether Singaporean citizens have access to good jobs has come to the fore in recent months, with questions raised about it in parliament earlier this month.

Trade and Industry Minister Chan Chun Sing said in an interview last week that about 83% of the 60,000 new jobs created for the local workforce between 2015 and 2018 went to Singaporeans. , and the rest to RP.

He noted that the Singaporean workforce is made up of a larger group of workers aged 20 to over 60, while the PRs who enter are pre-screened and are those with “strong employment opportunities. “.

Manpower Minister JosÃ©phine Teo said in a Facebook post on Thursday after the occasional newspaper’s publication that “there is no grim reason” why data on residents is not broken down between citizens and PR.

â€œAt the international level, the statistical agencies cover the entire population residing in their country without a breakdown by nationality. The goal is complete data coverage, so that analyzes and comparisons are accurate and meaningful, â€she said.

In addition, Singapore citizens make up the vast majority of the resident workforce, and the PR population is relatively small and has remained stable over time.

â€œNonetheless, over longer periods of time, it is useful to take a closer look at citizen data in a holistic way, which is the subject of these occasional articles. “

Ms Teo added, â€œI am confident that Singaporeans, being rational and reasonable, will understand this approach to statistical reporting and will not fall prey to attempts to sow mistrust between the government and the people through questionable questions that see issues. shadows where there are none. “She used a Chinese idiom bei gong her ying, which means being too suspicious, to stress this point.

In its report, MOM said it has been focusing on data from Singapore residents since 2006 to facilitate comparisons with data from other countries which typically cover resident populations. It had focused on the overall population before 2006, but decided to remove data on residents as the foreign population grew.

“Further refinement to move away from resident data and only publish Singapore citizens’ data was not done as there was little statistically value in doing so, as our metrics would lose their relevance. coverage without gaining any additional perspective, â€the report said.

A spokesperson for MOM told a press conference on Thursday that the ministry’s investigations do not reveal when Singaporean respondents became citizens.

Citizens fared slightly better than the resident population as a whole in terms of income growth for full-time workers. The growth in real median income was 3.9% per year, on average, between June 2014 and June 2019. These are preliminary figures after accounting for inflation, for gross monthly income, including employer contributions to the Central Provident Fund (CPF).

The growth was slightly faster than the 3.8% real median income growth for residents during those five years.

At the 20th percentile, real income growth for citizens averaged 4.6% per year, compared to 4.4% for residents.

Income growth at the median and 20th percentile has been faster in the past five years than in the previous five years.

The average Singaporean has experienced steady income growth over the past decade, with a median income reaching $ 4,333 last year, including employer contributions to the CPF. For residents, the median income last year was $ 4,563.

This rate is typically 0.1 to 0.2 percentage points higher than the unemployment rate for residents, as PRs need to demonstrate high employability in the first place, according to the report.

Those without higher education and professional qualifications also had above-average unemployment rates of 3.7 and 4.1 percent respectively, driven by the higher share of younger citizens in those countries. education groups.

Distributed by age group, those under 30 had the highest unemployment rate (6.2%), reflecting their recent entry into the labor market and a higher churn rate in the job search. But it took them about a month on average to find a job, compared to two months for the unemployed as a whole.

People aged 50 and over took about three months on average to get an offer, although they are less likely to be unemployed.

Discouraged citizens – those who are no longer looking for work because they think they will not be successful in their search – have continued to decline. Numbering 6,700 in 2019, they represent only 0.3% of the active citizen population.

The number of Singaporean citizens made redundant declined from 2016 to 2018 after two consecutive years of increases, mirroring the trend of residents.

Not all those made redundant find themselves unemployed, as some will return to work or decide to leave the labor market, the Ministry of Manpower explained.

Those made redundant are only classified as unemployed if they have not found a new job and are actively looking for and are available for work.

Deputy Secretary General of the National Trade Union Congress Patrick Tay said in a Facebook post that, based on the profile of unemployed, laid-off, long-term unemployed and discouraged workers, it is important to continue helping mature workers and PMETs, because as well as to focus on retraining and upgrading, in particular for vulnerable workers.