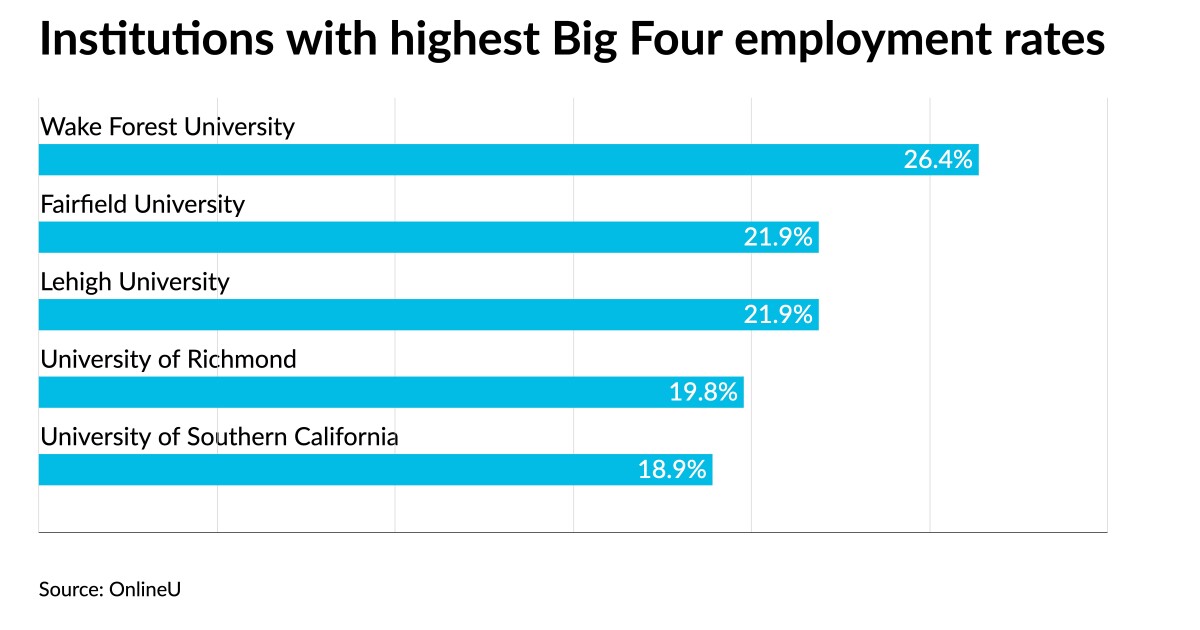 Graduates of the accounting program at Wake Forest University and Fairfield University are the most likely to be employed by the big four companies, according to new findings from higher education research group OnlineU.

Research was conducted using LinkedIn alumni data from nearly 100 colleges across the United States, analyzing more than 300,000 accounting alumni who graduated over the past decade.

OnlineU’s findings notably differed from other annual rankings of the nation’s top college accounting programs, suggesting that these programs aren’t necessarily associated with employment at the nation’s top four companies. With all Big Four companies headquartered in New York City, the report hypothesized that East Coast schools located closer to the city had a better chance of seeing their students continue to work with top companies.

“We found that smaller private colleges on the East Coast tended to have the best graduate outcomes,” OnlineU reporter Taylor Nichols wrote in the search results. “These schools may have done well due to strong accounting programs and proximity to the four companies’ US headquarters in New York City.”

Colleges and universities with the highest Big Four employment rates for 2021 include:

For the full report, visit the OnlineU site here.